Windsor West – Maurer Productions OnStage is pleased to present the hilarious Shakespeare-inspired musical “Something Rotten!” at Mercer County Community College’s Kelsey Theater. The show runs from October 21 to October 30 with a streaming option from October 28 to 30.

“Audiences are sure to roll down the aisles,” said Kelsey Theater Artistic Director Mr. Kitty Getlik.

It’s the story of two brothers who are desperate to write a hit play (and who happen to be the enemies of that Renaissance rock star, William Shakespeare). A local diviner predicts that the future of theater will involve something that has never been done before: singing, dancing and acting – all at the same time! The brothers then decide to write the very first musical comedy in the world!

TimeOut NY loved the Broadway premiere calling it “the funniest, flashiest, happiest musical on Broadway in at least 400 years”, and Associated press described the play as “…fresh, hysterical and irreverent”.

Tickets are $24 for adults and $22 for students, seniors, and children. Tickets can be purchased online at KelseyTheatre.org or by calling the Kelsey Theater box office at 609-570-3333.

The Kelsey Theater is wheelchair accessible and free parking is available next to the building. Assistive listening devices are available upon request. For a complete listing of events, visit Kelsey’s website at www.KelseyTheatre.org.

Please note that masks are recommended but not required in the theater.

“At Kelsey Theater, we are committed to taking active steps to create true diversity, equity and inclusion in our productions through systemic policy change and individual accountability – aimed at fostering an inclusive environment for people of all races, genders, nationalities, creeds, sexual orientation, socio-economic status and abilities.–Kelsey’s team

Kelsey Theater and Maurer OnStage present the hilarious musical “Something Rotten!” From October 21 to 30. The Kelsey Theater is located on the campus of Mercer County Community College, 1200 Old Trenton Road in West Windsor. Tickets can be purchased online at KelseyTheatre.org or by calling the Kelsey Box Office at 609-570-3333. (Pictured above, left to right: Marissa Michaels, Jenna Moschella and Amanda Peterson.) Photo credit: John M. Maurer 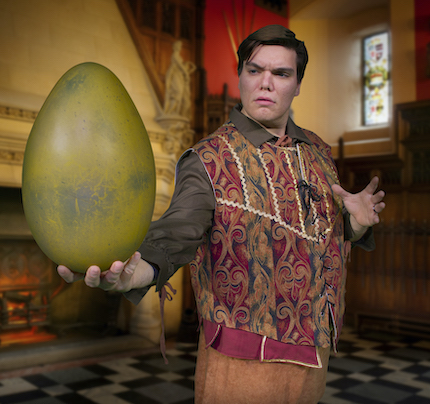 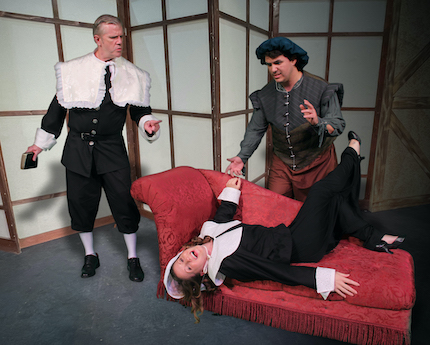 Cast members rehearse for the upcoming production of the musical ‘Something Rotten’. (Pictured above from left: Jim Morris as Brother Jeremiah, Brian Johnston as Nigel, and Kim Pearson as Portia.) Photo credit: John M. Maurer

Previous 10 Gael Garcia Bernal Performances To Watch After “Werewolf By Night”
Next Becky G says that by collaborating with Karol G, Natti Natasha can change the industry