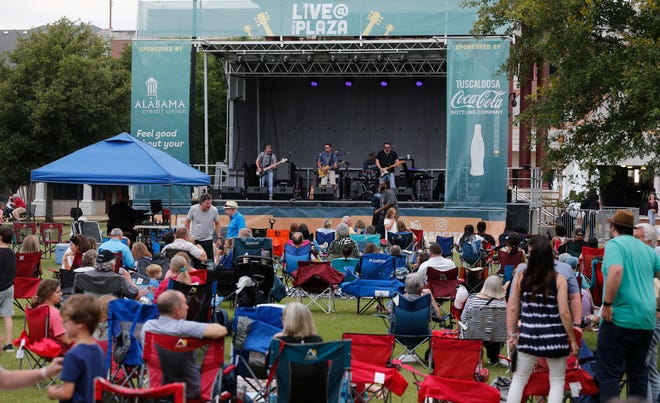 DUMAS, Ark. – One person was killed and at least 24 others, including children, were injured in a shooting at a car show in Arkansas on Saturday night, authorities said.

State troopers were dispatched to Dumas, Ark., a town of 4,000 about 90 miles southeast of Little Rock, at around 7:25 p.m., state police spokesman Bill Sadler said. .

One person was in custody and authorities are looking for “other people who may have fired into the crowd,” state police said in a statement.

Authorities did not immediately release details about the shooter or a possible motive for the shooting.

Arkansas Children’s Hospital in Little Rock treated six patients under the age of 18 with gunshot wounds, said Hilary DeMillo, a hospital spokeswoman. Most of the patients were treated and discharged by late Sunday morning.

The shootings took place during a car show hosted by the Hood-Nic Foundation, a local nonprofit that provides tutoring, backpacks and scholarships for entry-level students, according to its website.

Dumas is the largest city in Desha County, a strip of flat, fertile farmland along the Mississippi River in Arkansas’ Delta region. According to US Census figures, per capita income in the county is just over $19,000, with nearly 23% of county residents living in poverty.

The Hood-Nic event took place in the parking lot of a branch of Fred’s, a regional chain of discount stores that declared bankruptcy and closed all of its stores in 2019. A long-standing community tradition, Hood-Nic had been canceled for two consecutive years due to the coronavirus pandemic, and Saturday’s event was meant to represent a much-needed return to normalcy.

Detrich Elliott, 42, owner of an online radio station in Little Rock, hosted the event and said things went smoothly for much of the day with no signs of tension or argument . The sun was shining. A band played R&B music. Rappers performed on stage, preachers called for prayers and politicians demanded votes. People set up lawn chairs in front of the stage, and people of all ages, including many children, moved around amid food trucks and custom cars that were to be the subject of a popularity contest.

Sometime after 6 p.m., those who had gathered near the stage were asked to make room for the parade of cars. It was around this time that Mr. Elliott, who was on stage, heard gunshots to his right, coming from behind some food trucks.

He heard what sounded like 12 or 15 shots, he said, but couldn’t make out the shooters. “I saw the aftereffects of people lying on the ground,” Mr Elliott said. “I saw a guy lying on the ground and people helping him into a car – possibly a police car.”

Voices rang out, he said, saying, “There is someone out there who is hurt. There’s someone here who’s hurt.

Tyreshon Buchannon-Gulley, who attended the event, said that once the shots were fired, “the crowd dispersed and everyone started running for their lives. It was horrific.

Ms Buchannon-Gulley, in an online post, said she fell and was injured as the crowd rushed to get away. “I saw a few men with guns, but I don’t think they were the ones who fired. It looked like they were only trying to defend people if they had to,” she said. “We were hiding behind cars and all trying not to get shot, not knowing where the shots were coming from.”

She added, “That’s not the purpose of this event.”

The Hood-Nic group, which promotes non-violence, said on Facebook it was “sorry and in shock” at the shooting and would post more information as it becomes available. The post also asked people to report information about the shooting to authorities.

Wallace McGehee, the auto show organizer, told the KARK television channel Saturday night during filming he was running and trying to “get the kids out of the way”.

‘When the bullets start flying, they don’t have’ a name on them, he said

Previous Mazatlan vs Leon: Live stream, how to watch on TV and Liga MX score updates | 03/19/2022
Next Latin music icon Gloria Trevi announces US tour, visiting over 40 cities including Laredo