What to do in Orlando April 6-12: Justin Bieber, Jerry Cantrell, Demetri Martin, K. Flay | Things to do | Orlando 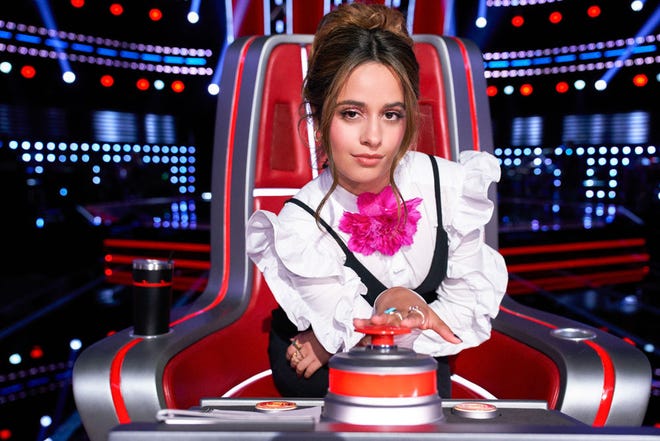 Image courtesy of the artist

K.Flay, Thursday at the Beacham

Our pick of the best things to do this week.

Wednesday 6 April
drug church
Hardcore iconoclasts Drug Church are coming to town behind their groundbreaking new album Hygiene. Word is the band (and audience) are going hard, so be prepared for some exuberance. 8 p.m., Will’s Pub, 1042 N. Mills Ave., willspub.org, $18-$20

April 6-12
Orlando Taco Week
All the $5 tacos you can manage at a variety of Orlando restaurants! Participants include Tako Cheena, MX Taco and more. Be sure to get your passport stamped when visiting restaurants to win prizes. Continues until April 20. Multiple locations, orlandotacoweek.com

K. Flay
Adventurous new pop voice K. Flay brings her “Voices in My Head” tour to the City Beautiful. The artist has apparently done it all in a very short time: Grammy nominations, touring with Imagine Dragons and collaborating with Tom Morello. And while we’re typing these very words, the news has just dropped that his single “High Enough” has just gone platinum. So if you want to see K.Flay in a smaller room, this is probably your last best bet. 7 p.m., The Beacham, 46 N. Orange Ave., beachamorlando.com, $22.50

friday april 8
apocalyptic
The Finnish “metal cello” ensemble is heading to the Milk District as part of a series of postponed dates. The show is nearly sold out as the band’s renditions of Metallica songs (… Play Metallica with four cellos) really caught the attention of heavy music fans, and their popularity only snowballed from there. 8 p.m., Plaza Live, 425 N. Bumby Ave., plazaliveorlando.org, $53-$92

Marco Antonio Solis
For more than 40 years, singer and Mexican icon Solís has been making them swoon in the seats with his breathtaking ballads. Solís has tackled virtually every genre associated with his native country over the years, from mariachi to cumbia to bachata. Most recent album Mas De Mis Recuerdos reconfigures some of its greatest hits for younger audiences. 8 p.m., Amway Center, 400 W. Church St., amwaycenter.com, $36-$946

Friday-Saturday, April 8-April 9
jazz month
The Timucua Arts Foundation wraps up its “Month of Jazz” performance series this week with eclectic performances lined up for all tastes on the jazz music spectrum. This week’s concerts feature Michael Feinberg (April 8-9) and then, to give you a taste, Ulysses Owens Jr.’s Millennials on April 13. Timucua Arts Foundation, 2000 S. Summerlin Ave., timucua.com, prices vary by event

sunday april 10
dirty honey, Mammoth WVH
Are you ready to have a blast? Whatever your energy levels, these two new faces of the rock scene are – a fact widely exposed as part of their co-headlining “Young Guns” tour. If you need a little more prodding, the “WVH” side of the Mammoth WVH equation is none other than rock scion Wolfgang Van Halen. 8 p.m., Hard Rock Live, 6050 Universal Blvd., hardrock.com/live, $25.50-$57.50 UPDATE: Mammoth WVH has scrapped the tour due to COVID as of Wednesday morning.

KEM & Kenny ‘Babyface’ Edmonds
The “Full Circle” tour pairs the 1980s R&B hitmaker nicknamed “Babyface” (“Every Time I Close My Eyes”) with young KEM. The tour is named after KEM’s latest EP, which features a collaboration with Rick Ross. And the whole thing is hosted by the comedian and View former Sherri Shepherd. That’s a lot of heat for a Sunday night. 7:30 p.m., Addition Financial Arena, 12777 N. Gemini Blvd., additionfiarena.com, $45-$85

Monday to Tuesday April 11-12
Navalny
A documentary as a thriller recounts – and deciphers – the case of the attempted poisoning assassination of Russian opposition leader Alexei Navalny and his resolute return to Russia. Various theaters, fathomevents.com, prices vary

tuesday april 12
jerry cantrell
Solo artist and founding member of grunge’s neighbor rock deities, Alice in Chains is on tour in support of her new album enlighten. Cantrell is not a simple accompanist; the guitarist and vocalist has an average songwriting streak, from early AIC anthems like “Rooster” to his solo catalog. 8 p.m., House of Blues, Disney Springs, houseofblues.com/orlando, $42.50 n