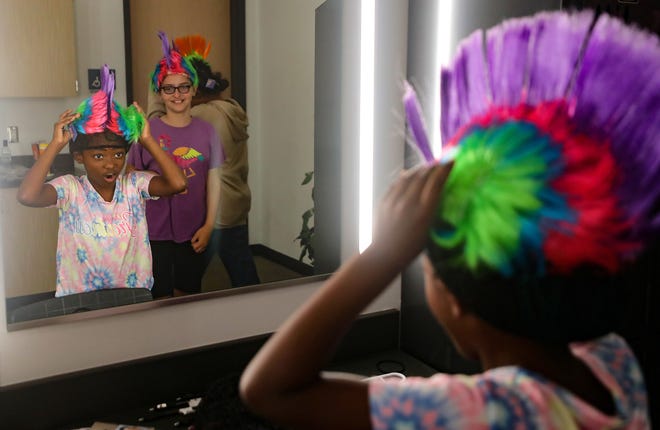 At 11, Will Schneider decided to play the French horn.

This was before his passion for jazz improvisation blossomed.

Although some musicians have explored the jazz potential of the horn, the instrument still remains marginal.

Schneider discovered it when he arrived in high school. He wanted to be part of all the musical ensembles, including the jazz group. There was no role for the horn, so the band manager assigned him to play the fourth trumpet. Then, because he had started “having fun with the cello” and the band needed a bassist, he switched to that instrument, thinking it sounded like the cello. It proved his entry into jazz when he went to Central Michigan University, where he continued to play jazz bass while studying classical horn.

Yes, he concedes wryly now, deciding to play the horn was “a bad choice”, made “without knowing what would happen later”.

“That’s what happens when you let an 11-year-old make a decision that could change their life.”

In the end, however, his choice of instrument didn’t matter.

“The instrument is not the important part for me,” Schneider said. “It’s about the music, and I happen to play the horn.”

Schneider is in the process of releasing his original music. Earlier this summer, he released a three-track EP, “Spring Song,” and due out later this month is a full-length recording, “Trio Avec.”

These follow the release earlier this year of a recording by the Third Shore Collective, with whom he performs. This quintet took shape when Schneider and the other four members were all studying in the BGSU jazz program.

Schneider graduated a year ago from BGSU with two master’s degrees, one in classical horn performance and the other in jazz performance.

And although he continues to perform in classical ensembles, his heart is in jazz. “I lean towards improvising things.”

The EP features a quartet with fellow Third Shore bandmates Zakk Jones on guitar, Dylan Bretz on bass, and Brad Billmaier on drums.

For four titles on “Trio Avec”, Schneider renounces the chord instrument like the guitar or the piano and plays with Bretz and Billmaier.

He loves the freedom of the “no deal” trio. “You don’t have many restrictions.” The horn part and the bass play a melodic counterpoint more than a main line and accompaniment.

Some songs needed other voices. Zakk Jones steps in for a track. “Zakk was drawn in pretty quickly,” Schneider said.

Schneider met another BGSU alumnus, pianist Logan Maccariella, who now lives in St. Louis and was back in northwest Ohio.

Schneider asked him if he would be interested in reading some charts. By the time he arrived in the studio to record, the pianist had made them his own.

Schneider’s compositions show a variety of influences, sometimes in the same room. “Tehran” is inspired by both Billy Strayhorn’s ballad “Isfahan” from Duke Ellington’s “Far East Suite” as well as Schneider’s studies of Persian music. (He is quick to note that he is “not an expert” in this music.)

Schneider said he writes impulsively as the ideas come to him, and then “I let the musicians interpret from there”.

One track is influenced by techniques explored by avant-garde jazz trombonist Albert Mangelsdorff, and another by the soundscape of ECM label recordings.

The composer’s symphonies were mostly what he heard on the car radio while driving with his father, along with the Miles Davis-Gil Evans collaboration “Sketches of Spain” and music by Frank Zappa.

Schneider’s father was an amateur trumpeter. Schneider grew up in a largely classical background until jazz caught his eye.

“Maybe it was a teenage rebellion,” he said. “I found a lot of expressive opportunities in improvisation.”

However, he did not focus on horn jazz until the end of his undergraduate career when he applied to BGSU’s jazz program. He never doubted that the horn had its place in jazz.

Schneider’s goal is to teach at the college level. He works in a few secondary schools, teaches brass technique and plays as much as he can.